Check out the brand new website at www.christgreenfield.church!  You can also download our brand new mobile and TV apps on the website to worship and stay connected during this time.  We are blessed to have the ability to provide worship and content to you in this exciting new way!  God bless!

On Scoundrels, Synods, Study and the Scriptures 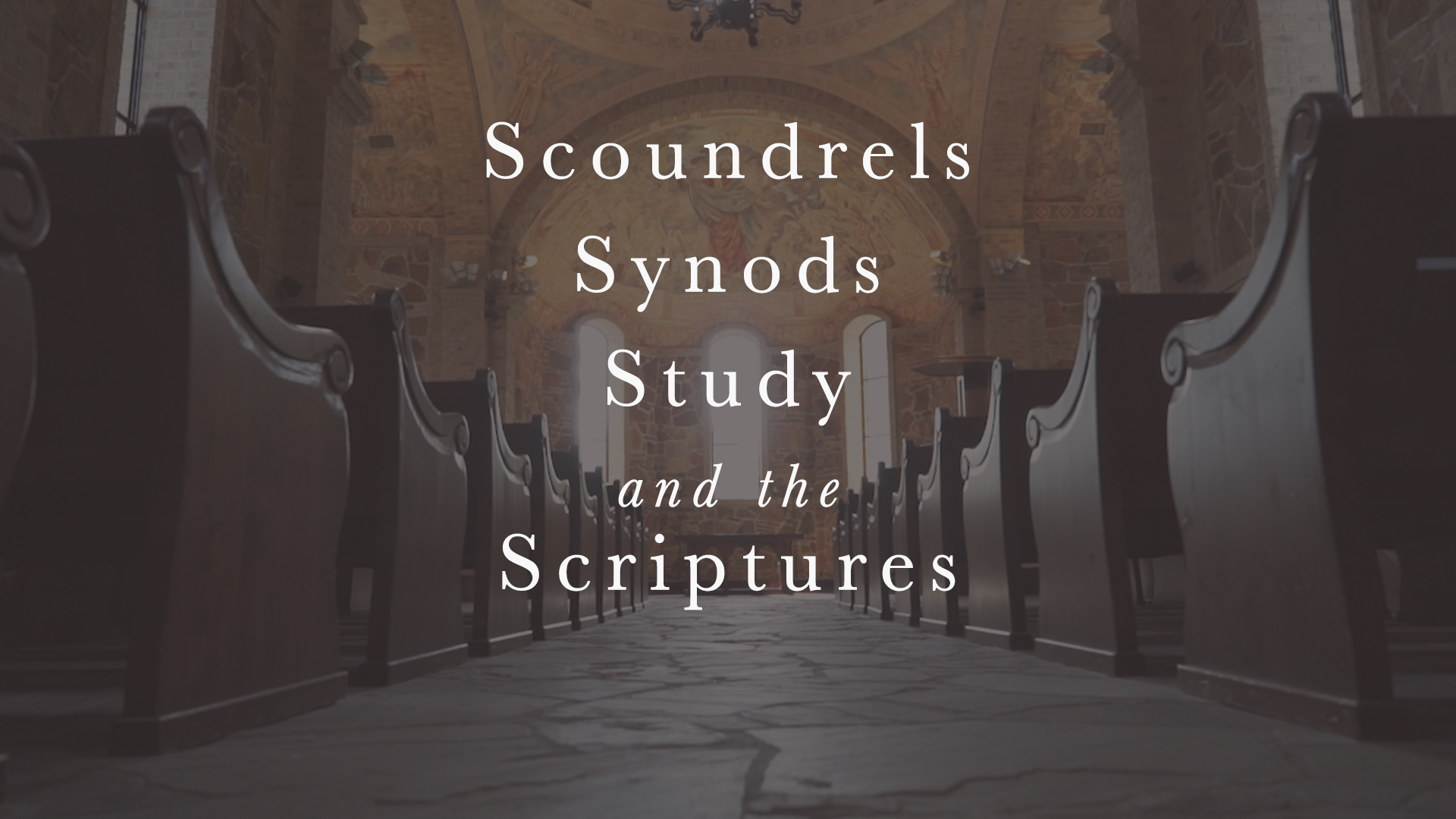 As part of my path toward ordination, I have had both the assignment and pleasure of reading several of the works of Martin Luther. Here's a quote that recently grabbed my attention:

"You by no means should say: 'I am a Lutheran or a [Catholic]' for none died for you nor is your Master than Christ alone, and you should regard yourself as a Christian. But, if you believe that Luther's doctrine is [true], you must not cast Luther aside ... You must say: 'Luther may be a scoundrel or a saint, for that I do not care; yet the doctrine is not his but that of Christ Himself.'" ... You must frankly confess Christ, whether He be preached by Luther, Claus, or George. The person you may ignore, but the doctrine you must confess."

After years of pastoral ministry in other traditions, my personal pilgrimage has brought me to the Missouri Synod Lutheran Church. Many of you have asked me what went into that decision to not only identify with our denomination, but to pursue ordination in it as a pastor.

It's the doctrine. As Luther also said, "We must diligently distinguish between doctrine and life. Doctrine is heaven; life is earth. In life there is sin, error, discord, labor, and sorrow. There, love must not listen but overlook; it must suffer and always forgive sins ... But doctrine is a far different matter, for it is holy, pure, undefiled, heavenly, divine ... We dare not regard the leaven of false doctrine as insignificant."

Many Christians in our day have discounted the importance of right doctrine. The 20th Century saw the church wrestling through the Fundamentalist/Modernist controversy, where, because many of the classical doctrines of the church were being rejected in light of modern science, conservative Christians banded together to proclaim their ongoing adherence to five fundamental truths: The deity of Jesus, His virgin birth, atonement for sin through His shed blood, His historical resurrection, and the inerrancy of the scriptures. These are all very, very good things to believe! We can be glad that these doctrines were reaffirmed by thousands of churches during this debate.

In nailing down these tenets, however, the Fundamentalist movement chose not to deal with many other points of doctrine that remain critical - dare I say, fundamental - to our life of faith. Contemporary apologetics swirled around these five points, while so many other important matters became classified as secondary, uncritical, and therefore open to multiple interpretations. I know it to be true from experience that most contemporary churches don't consider deep doctrinal understanding a prerequisite for its pastors, much less its leaders. If you can sign off on some fundamentals, that's enough. What's important is that people meet and are saved by Jesus, right? We don't have to become theologians, do we?

"He gave the apostles, the prophets, the evangelists, the shepherds and teachers, to equip the saints for the work of ministry, for building up the body of Christ, until we all attain to the unity of the faith and of the knowledge of the Son of God, to mature manhood, to the measure of the stature of the fullness of Christ, so that we may no longer be children, tossed to and fro by the waves and carried about by every wind of doctrine, by human cunning, by craftiness in deceitful schemes. Rather, speaking the truth in love, we are to grow up in every way into Him who is the head, into Christ." (Eph. 4:11-16)

You may think "I'm just not into all this doctrine stuff ... just loving Jesus is enough for me." But, according to the Word of God, "God gave" His church the means for us "all" to "attain to" the "knowledge of the Son of God" ... "We are to grow up!" That's what churches do. Well, that's what churches are supposed to do.

I am so blessed to be a part of a tradition for whom doctrine matters! The heritage of Martin Luther and the church that was inaugurated on his watch is one of pursuing unity through rich study of the Bible, and actively practicing its doctrines in its ongoing church life and mission. We are keepers of what I believe is the richest, most accurate retention of classical, first-century Christianity on earth today. I hope you are thankful for this heritage as well.

But not just thankful! What a generous invitation God has given us to be willing participants in an Ephesians 4 journey into the richness of the truth of the Word of God! Let's continue to be a church that embraces this journey.

P.S. We'll be talking about some of these rich doctrinal truths in our Taste the Journey group, meeting on Tuesday nights from 6:30 - 8:00 p.m. in the Journey Center at Christ's Greenfield. Feel free to join us!