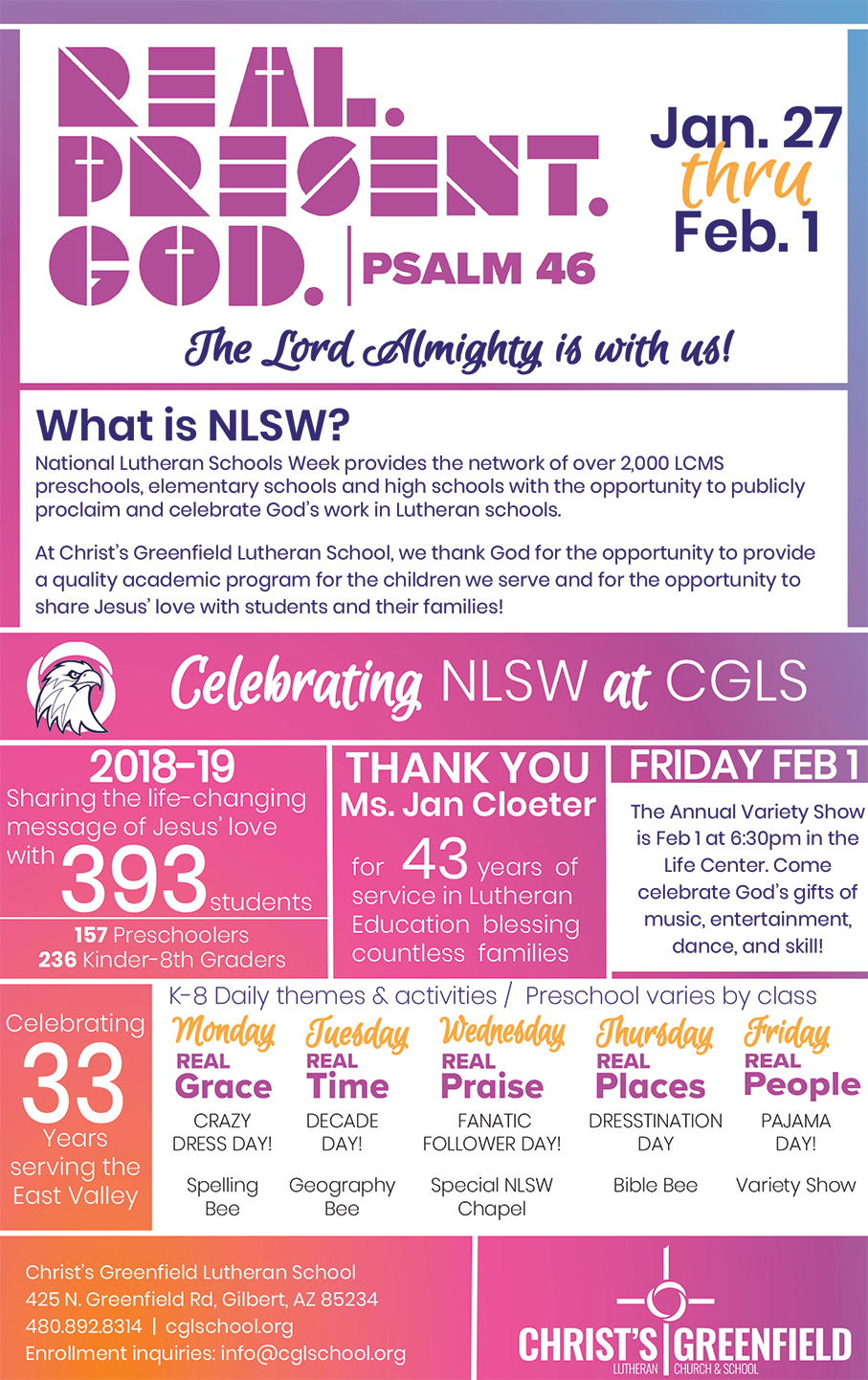 It is a joy to celebrate the gift of Christian education that Lutheran schools have provided for almost 200 years!

The Lutheran school movement generally dates back to the decade between 1830 and 1840 when a number of congregations were organized in several Midwestern states and established Christian schools for their children. Today, around 2,000 Lutheran schools in America serve over 200,000 students in early childhood centers, elementary schools and secondary schools. Additionally, three international schools serve students and families abroad in Hong Kong, Shanghai and Hanoi. The LCMS school system is the largest protestant school system serving children.

Are you listening to God’s Gongs and Chimes?

Do you have a limp?