lent, easter, give it up 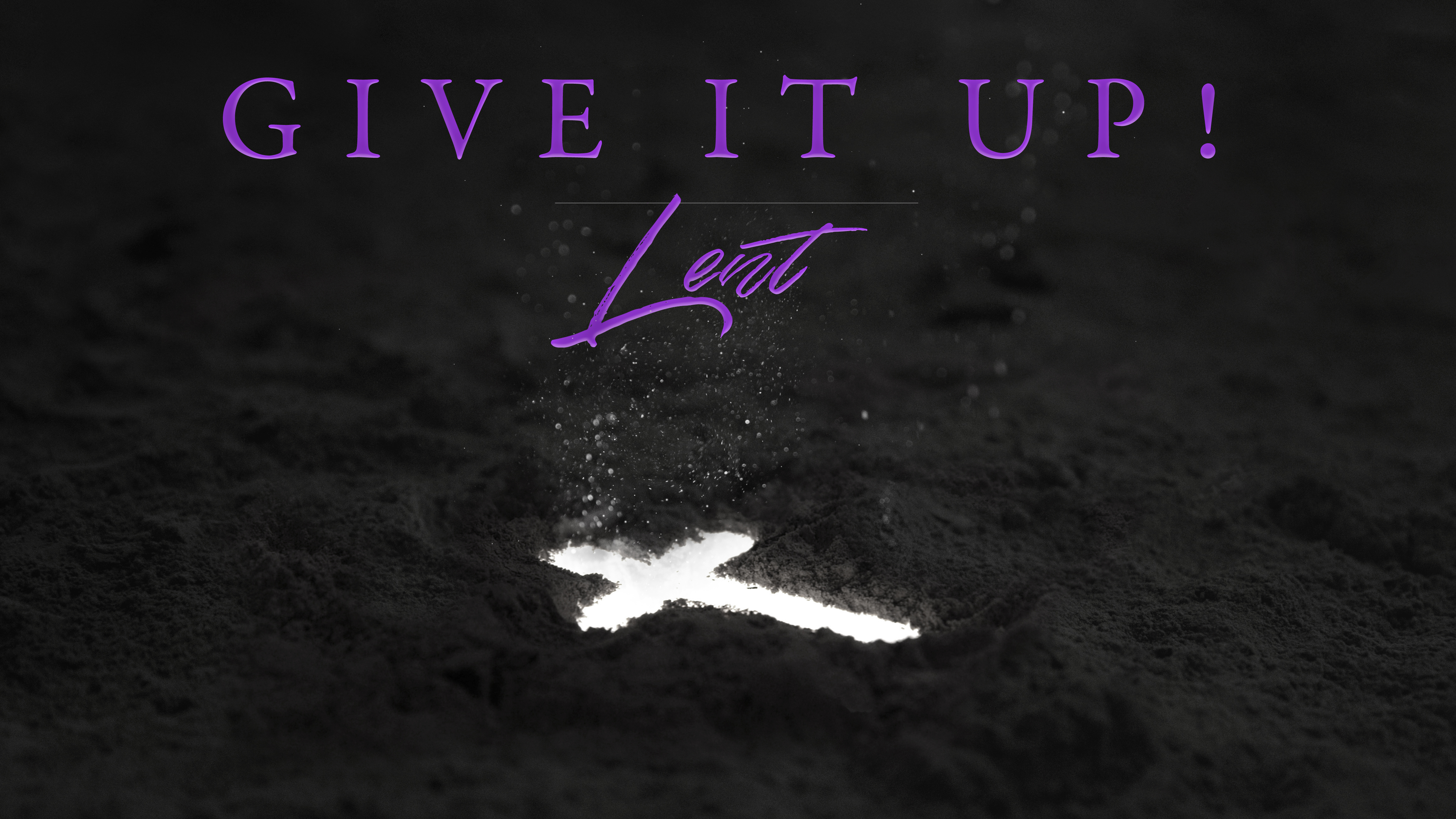 “Give it up.” That's the title of our sermon series this Lent. Lent is the 40-day period before Holy Week that causes us to pause and reflect. It prepares us for what is to come: the death of our Savior and His glorious resurrection. So that begs the question: What are you giving up?

For the longest time in my childhood, I gave up sweets during Lent. I remember this being particularly hard during high school. Occasionally I would give up pop (or soda as it's known in Arizona) as well. Both were “difficult” tasks for a younger Vicar Brian to do. Sometimes I would catch myself off guard though. I'd eat candy or have a bottle of pop without thinking. The fact that I gave these things up would slip my mind. Then, when I realized that I had failed, I would be mortified! But in reality, that is not what Lent is about.

Talking to some of our staff, some said that they grew up never practicing the tradition of giving something up for Lent. And believe me, that is fine. Jesus isn't seeking for you to give something up for Lent. Or maybe He is, but that is between you and Jesus. He knows what will be best for you in this time of preparation. Whether you give up some luxury in your life to focus on Christ's sacrifice, or whether you fast for a portion of Lent, either is fine.

Then again, if you are feeling called to take something up, to serve God's people in acts of love, by all means, do it! Come to La Mesa, our homeless ministry on Tuesday nights. Volunteer at a soup kitchen or here at church!

Still, maybe you are feeling disconnected from God's Word. You are having a hard time listening to what Jesus is saying to you in the everyday hustle and bustle. I use Lent as a time of meditation, fasting, and service. These three help me focus on Jesus, His way to the cross and His sacrifice for humanity as the Savior of the world.

Even so, if you aren't feeling called to do any of these things, that is okay, too. Jesus' way to the cross was one fraught with sacrifice and forgiveness. At the end of it all, that's exactly what Lent is about. Looking at who Jesus is, looking at His life and ministry on earth, and reflecting on it. Reflecting on His words and His actions, both then and now. Meditating on Jesus and having Him prepare you for what is to come. Preparing you not only for Lent, but also for our eternal lives with Him when He raises us all from the dead.

So this Lent, whether you are joining me in observing giving something up or taking something on, let us all look to Jesus, the Author and Perfector of our faith. Let us look to Him as the one who answers our prayers, and gives us the hope of the Resurrection! As always, if you want to tell me what you are giving up or taking on, you can talk to me in person or email me! Also, if you want to talk about Jesus more and where He is calling you, my door is always open!